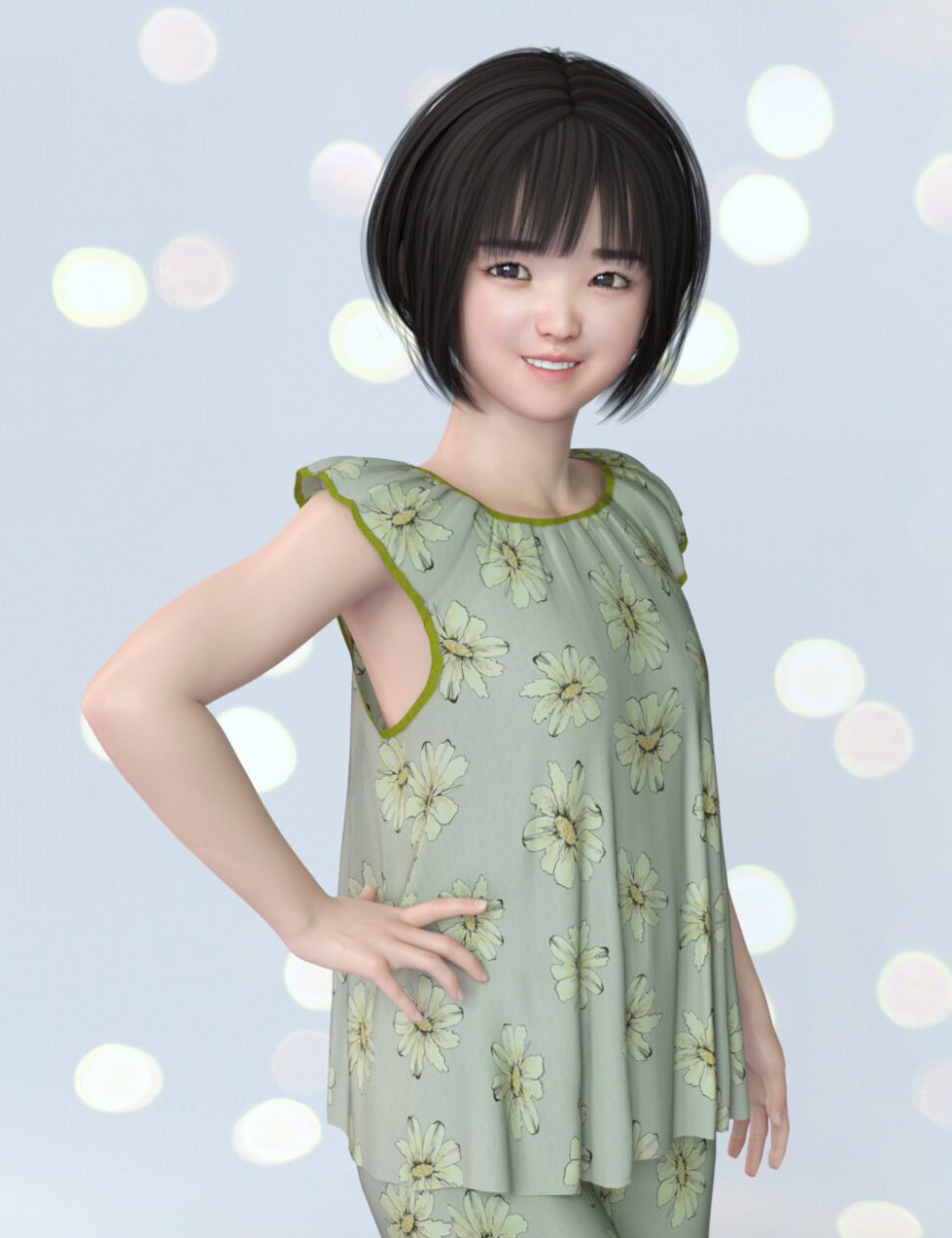 The other day I made eyebrows for La Femme with fine polygons. I wanted to use such things a little more.

I am still busy on my job now. But my schedule is often out of order because of the pandemic. Many companies and workers can’t move as they want now.

I feel a sense of danger in wasting time as I get older. I used to spend such free time reading. But now I rarely read books now because of my presbyopia. Now my eyes only look at the glowing screen. I’m sure elderly people need ebooks than young people. Such I didn’t buy a tablet pc, tried to spend a time with a 3d hobby.

But I don’t have that much time. I suddenly get busy. I thought of a design that is as simple as possible. Short bob is a very common hairstyle. Actually I have some such hairstyle products. I’ve seen such them even as freebies. Making long hairstyles is troublesome for a various reasons. Well, this is my training of 3d modeling. I heard that persons don’t forget how to ride a bicycle. But I will forget about how to do 3D modeling unless I keep training.

Now I feel that Poser freebies have decreased very much recently. I started to put polygonal surfaces on the head of La Femme. Yes, I made this for La Femme at first.

I’m a fickle nature. Very short hairstyles are good for G8F. Auto Follow function of Daz Studio will make them fit to various characters with no additional morphs, maybe. Many Daz Studio users bought my DAZ products in about last two years. I should make more freebies for G8F. I will try it!

The results are almost as expected.

Adult characters don’t seem to have any problems because their heads don’t deform greatly.

In the case of little child characters, the tips of the hair may be distorted. But it doesn’t look so bad.

Unfortunately, Bugga Boo character was an exception. It became like a bald head. I made a morph for this character.

Well, did I give up on La Femme? No, I didn’t. More than half of Pranx owners are Poser users. I’m sorry, this hairstyle is awkward for Pranx’s ears. Please forgive me with the La Femme version. 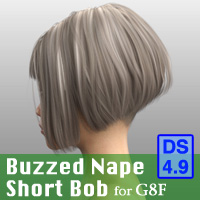