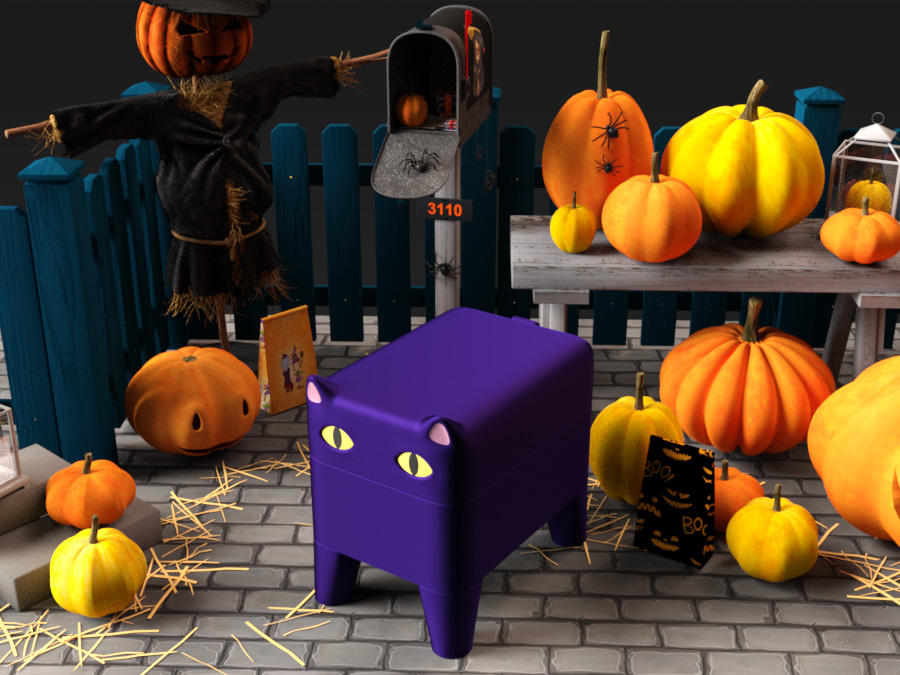 My La Femme freebies are featured on Poser Pulse on October 6th at Renderosity! That is an article of a cute witch’s large banner image 😀

It’s October so I made a small foolish thing. This is a substitute for a black cat, but purple. In Anime, black is sometimes represented using purple or blue.

If you are concerned about the roughness of polygons in the Poser version, increase the value of the subdivision level after changed it to Unimesh. 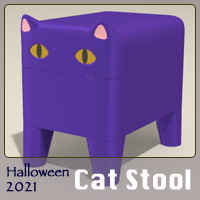