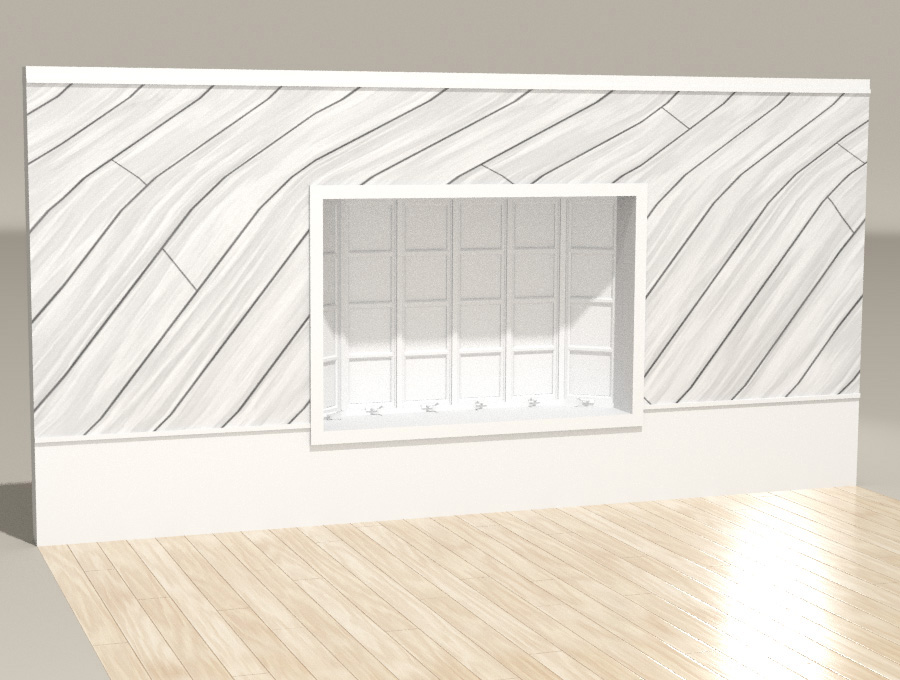 I failed in UV mapping.

It’s not the time to say something dumb.

Somehow I had distorted UV map of the wall before I know it. I had spread it properly at the beginning. But I changed the height of the wall again and again. At that time I seem forgot to fix only the wall of the bay window.

And I changed the structure of the wall at fix of the UV map.

When I finished the new wall rigging, I noticed that the mesh of the handle was rough.

This is not a problem with Poser. Poser can set sub-surfaces for each part. But such an option seems to be not in Daz Studio. I believed that I could avoid SubD if I turn off the smooth node of Surfaces.

But the wall was warped.

I divided the handle object into double precision. Then I did the rigging again because the number of geometry has changed.

I should not set SubD. But, I chose “Bilinear” from SubDivision Algorithms. I thought this may prevent strange shading if there is a slight distortion on the surface.

I also made a morph to hiding the Chair Rail. The wainscot and wallpaper are simply separated by material group. Placing the same texture on both of them makes a single wall.

Now I drew a texture for the wall paper. Now it’s a country style room.

Next I will try to remodel House of May’s curtain for this wall. Preparations for a room to welcome the bunny have progressed 😀