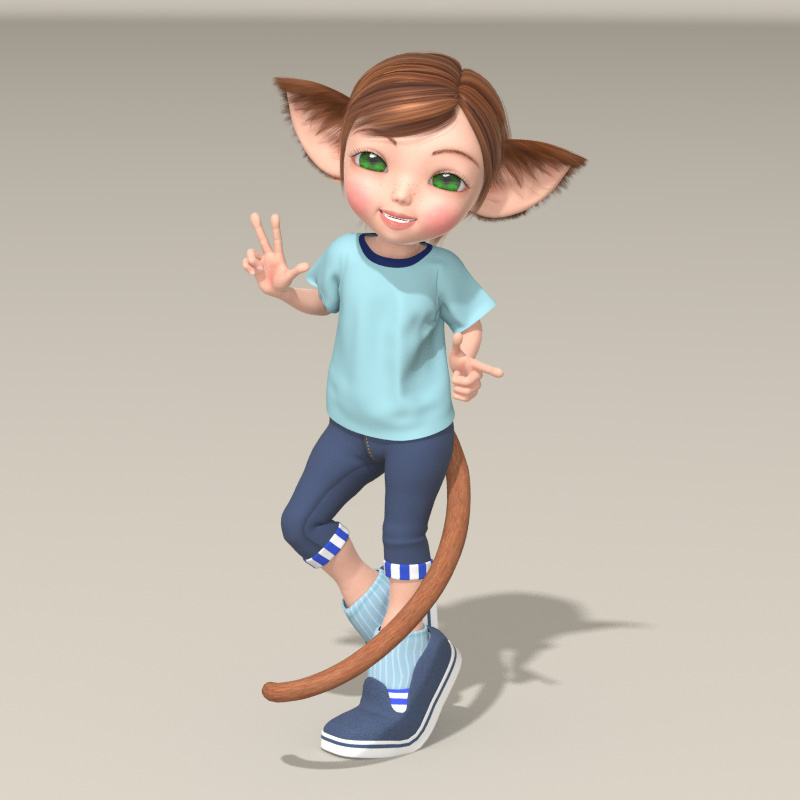 A learning of Dynamics

I dislike Dynamics. It is inconvenient to a user who is a hasty person like me. I have been disappointed to see the hem of a dress was crushed after I waited long time of the simulation. Though I tried the tune-up of it again and again, but I gave up it after all. I spent much useless time for it.

Several months passed since I began the sale at DAZ. Since then, I am interested in dForce clothes. It seems that dForce clothes have the condition of conforming even after the simulation of Dynamics. I can adjust figures’ pose after the simulation. It is convenient for me. I think that dForce is not perfect. Daz Studio has an option of the Smoothing Modifier in addition to dForce. The option also has a troublesome action, though. Users can select the condition of clothes, as dForce or as Conforming in any timing. It is very convenient.

I am not familiar with Dynamics. I think that almost Poser’s Dynamic clothes are props. There are also the conforming clothes which have a part of Dynamics. Probably the Dynamics in Poser is assigned per each part. It means that I can’t handle the chest and the abdomen of the clothing as one cloth. Usually I divided the clothing’s body by some parts according with figure’s parts. Then, I had one idea. This time, I tried to make a t-shirt of one part.

This T-shirt is a hip. All of the geometries of this T-shirt were assigned to a hip. And, I did the rigging of this T-shirt as a conforming clothing. After that, I chose the hip of the T-shirt in Cloth Room, and performed the cloth-ization.

Did I succeed? This is a result of 15 frames simulation. I tried to move Pranx’s left arm a little.

It failed 🙁 The sleeve of the shirt has solidified. OK, next I set the animation from a light pose, not the zero pose. That is, I aimed at the shortening of the simulation time. I did the simulation of it with 8 frames.

Oops! Regrettably the dynamic result was initialized. And, the result of it…

The sleeves are somewhat strange. I added the draping of eight frames to the simulation.

I corrected the setting of the neckline’s group a little. The image of the first of this screen is the final result. But, I am dissatisfied on this try.

The rigging of one part clothing was more troublesome than usual. Poser’s Cloth Room has some good options which are not in Daz Studio. But, I dislike it after all. I thought that the conforming clothes are suitable for Pranx. Otherwise, I may be not able to prepare the things of the same condition for Poser and DazStudio. But, it is hard to make a conforming skirt with Daz Studio. The differences are increasing between these two programs.

Now, I am making Wabisuke the bird 2. Old uses know it was a freebie for Scampixie members. It has no big change. I am making this as a figure of Daz Studio. That is, this becomes a weight mapped figure. I’m sorry. This doesn’t become a freebie of this blog.