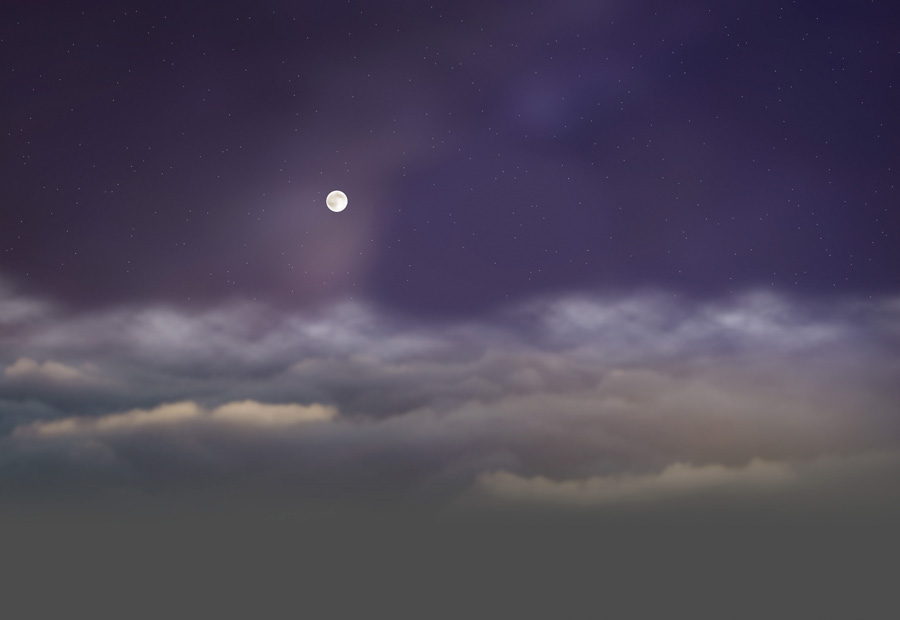 I don’t like complicated things. I tend to show enthusiasm to finding a simple-way. This case, I got bogged down as usual for my negligent way.

In my childhood, I often went for a walk at night with my father. We liked looking up at stars of a night sky. Especially I like a full moon. So, this time, I tried to make a moon light map.

First, I hide all lightings and made a rendering in DAZ Studio.

It looks very bright. Poser also can illuminate a scene brightly by using an environment map. But, both results differ much.

I made a Firefly rendering using Poser’s Lagoon IBL. It seems that this IBL is supplying a surrounding color and brightness, and the reflected map for a reflective substance. But, the reflected image is unclear. Apparently, this lighting is dyeing the scene by the color of lagoon’s blue in the image map.

IBL lights don’t work under Superfly. I copied the image map of lagoon, and stuck it on Poser’s GROUND. There are reflections of light which are scattered in the real world. It is said that the slight lights from floor or wall are calculated in Superfly. The blue color of the lagoon image was reflected faintly.

Get back to the subject, the Environment map of Iray looks like a spotlight. It seemingly looks the same as the lagoon map of Poser’s IBL. But, it has a strong color on its center part. I usually use the 8-bit channel mode when I draw pictures by Adobe Photoshop. The 8th power of 2 is 256. That is, one channel expresses 256 color depth. I use 3 channels when the mode is RGB. It is the 3rd power of 256. That is, I can use 16,777,216 colors. Well, this is a simplified calculation result. I don’t know how a program will actually calculate. And, HDR images have 24 bits or more in each channel. Anyhow, HDR images have a huge color data than pictures which I draw usually. The center and the surrounding clouds are visible to the same white color for me. But, this map has a large value on its center part, and the value directs an effect like a mesh-light to DAZ Studio. I thought so.

If so, can the color of a little weak than such a color express a starlight or moonlight? I try to draw it.

I rotated the environment sphere 120 degrees to move the moon image toward Chuck’s face. A shadow was drawn behind Chuck.

The stars which I drew were too bright and too large. I expanded the image size and drew the 1 pixel stars one by one.

It looks improved a little. The shape of the stars are strange, though. And, it was something like dust in Chuck’s eyes.

I may be able to draw an evening glow or a neon lamp by this way.

Is even such an environment map helpful to you? This is for DAZ Studio 4.9, isn’t good for Poser.

P.S. My lighting skill doesn’t improve readily. Now, I made an additional simple prop. I was often irritated to make a rendering which has a too long shadow. So, I was looking for how to cut off shadows by force.

This is a small shadow-catcher.

This isn’t a method found out by me. I watched two YouTube videos of Ms.Caroline. She explains this with her charming voice in those videos.

And, I can use this prop in Iray rendering. Also this isn’t a method found out by me. I saw a post at DAZ forum. Mr.rbtwhiz taught this there.

This time, move the lever of “Opacity Strength” to 100 percent.

And, display the Parameter Tab. Click “Iray” on Prop’s parameter tree. Move the lever of “Enable Iray Matte” to ON.

I set “Draw Ground” of render settings to Off. It’s ready now. Check it.

The background of this result is transparent. I can make a composite image easily. 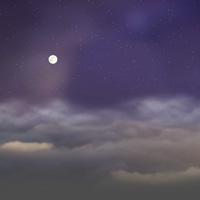 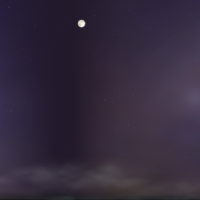