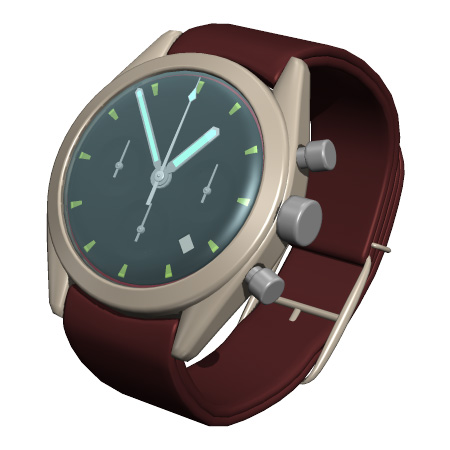 A watch is essential in the fashion of a gentleman.
Though it may be already an outdated sense, but I love a watch.

I know that it is difficult to make a small figure such as a watch with Poser. A watch must be a figure which has the movable hands to tick away time. I made a 3D model of chronograph-like.

The crown and buttons of the stopwatch don’t move. Those movements will be necessary for a creator of animations, but I have been tired to the work.

Each handle is slightly differing in the axis.
Though Poser handles a very small digit value, but I probably can’t edit it in Poser. I rewrote the descriptions of the CR2 file by a small value again and again, and confirmed the result by loading the figure with Poser.

This became a poor model in spite of such troubles.
And as more problem,
This watch doesn’t automatically fit the movement of M3’s arm. M3’s arm wear this watch by the command “Conform to”. But this watch supports the twist of M3’s arm with two own bone structures. This doesn’t have Morph. I hate that the face of the watch was warped for that. Thus this became such the structure. You must change the scale of the watch by yourself when you applied the muscle Morph to your M3 character. Because I anticipate that the bone structures of the watch become out of order by a morph.
Then, this became an item that is hard to use.

But I think that even such a small thing is necessary for a fashion. It’s a personality of my work.
See, I am satisfied with the looks now. 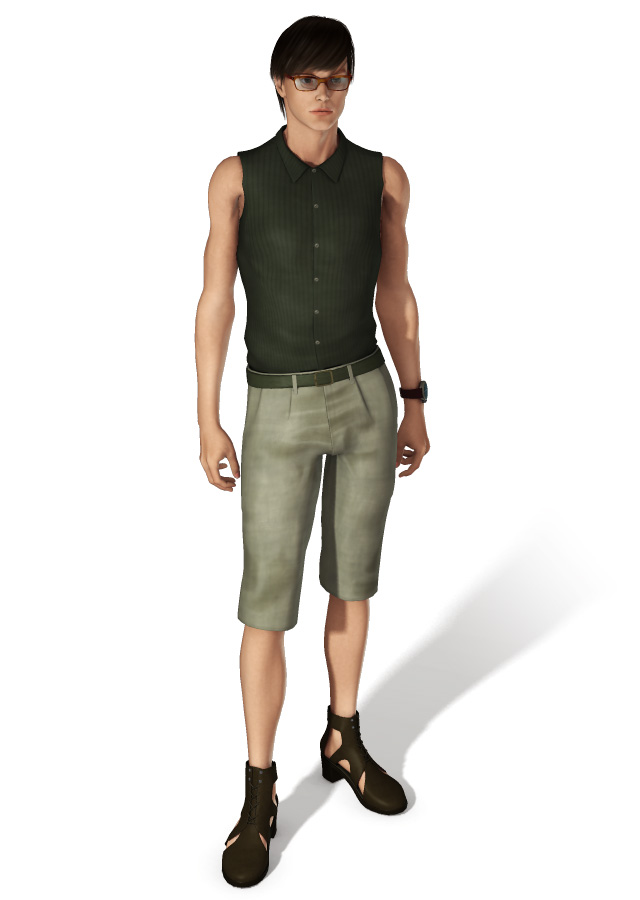 Next time, I will draw the textures for this after having prepared the UV maps. I hope that the appearance becomes a little better by the textures.